The most older building of Kyiv Rus, than is saved for our days!
Інформація взята з google.com

The foundation stone for Dnipro’s cathedral was laid by Empress Catherine the Great at the city’s inauguration in 1787. But that proved to be a bit of a false start, as construction didn’t begin until 1830. The church ended up having more modest proportions than the spiritual centre intended by Count Grigory Potemkin, but it’s beautiful all the same and is a Ukrainian national monument. In a tale echoed by many churches in the country the Transfiguration Cathedral’s decoration was destroyed by Soviet troops, although the building did survive the Second World War unharmed. A full restoration has returned the iconostasis and frescoes to their former glory, and you can spot Catherine the Great’s foundation stone on the right side of the nave. To look at this church without know its story, you’d never believe it could be less than 20 years old. The original Neoclassical Transfiguration Cathedral was erected in 1827, but demolished by the Soviets in 1936. It wasn’t until 1999 that the building was reconstructed according to the same plans. The project took less than four years, and when it was re-consecrated, some of the distinguished burials were moved back after having been disinterred 80 years ago and buried elsewhere. The most famous of these is the Governor of New Russia Prince Mikhail Semyonovich Vorontsov, whose tomb now has pride of place inside.
Інформація взята з google.com 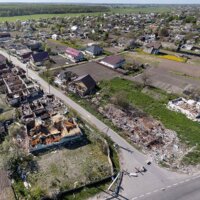 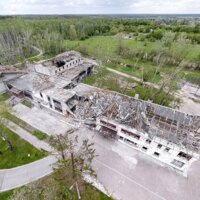 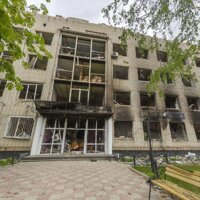